In this research, the researchers discussed the emergence of the Kushan Empire in India during the first and third centuries AD , where a significant progress has been made in the social and economic life of the peoples of Central Asia during the period of the Kushan Empire.The economic prosperity that enjoyed by the Kushans was due to several factors including the unification of large parts of agricultural land in northern India and Central Asia under one authority and the rapid development of agriculture and handicrafts, as well as strengthen trade relations with China and the Near East countries which was under the control of the then Roman Empire.Domestic and foreign trade flourished, which promoted the sovereignty of the Kushan empire in the region. The main trade routes across central Asia between West and East Asia were linked, The Silk Road from China to the Mediterranean there was a branch connecting the lands of the Kushan Empire with the West Asian countries.This branch gained great importance because of the state policy between the Roman Empire and the Parthian Empire, Through which the major exports of India such as spices, perfumes, medicines, wood,stones… etc. 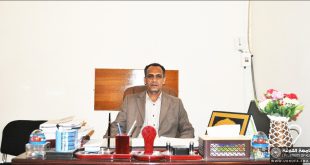