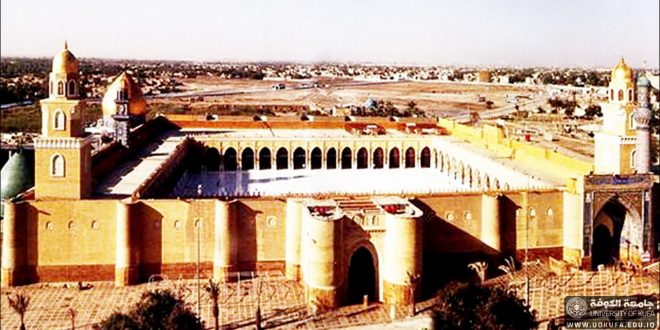 The section of the inter-departmental distinguished in terms of the study of Antiquities and Heritage according to the latest technologies in the field of jurisdiction , and thus contributing to the achievement of planned objectives in accordance with the standards of quality and global dependence.

Awareness of the importance of Antiquities and Heritage and documentation related to the citizen of civilization , and the statement of the humanitarian role of Islamic civilization and its global impact .

Preparation of competent professionals through theoretical education and practical training . According to the curriculum addresses the archaeological heritage through methods and advanced techniques . And to enhance the awareness of , and commitment to the spirit of our heritage in the service of the Arab and Islamic world.

Revival of Islamic Heritage and tie by life to build Islamic character and will enhance and safeguard national unity .

Contribute to community service through the establishment of continuing education courses , and the organization of scientific meetings and providing solutions and consulting appropriate to their issues and problems .

Documentation related to the community with its history and cultural heritage and linking it with the good of civilizations and cultures of contemporary world.

Rooting national identity and the Arab and Islamic at all levels .

Looking at the monuments and heritage as a means to achieve a better understanding of contemporary relationships between people in order to serve the objectives of the cooperation for peace , freedom and progress .

Development and modernization of scientific and academic curricula to keep pace with modern developments in this area.

The Department of Arab and Islamic heritage was Established, with the establishment of the Faculty of Archaeology and Heritage for the academic year 2011-2012 under the approval of the Ministry of Higher Education and Scientific Research copywriters Department of Planning and studies and follow-up No. 3/4846 on 07.27.2011 AD . Has reached the number of students admitted to the (42) students from graduates branches of science and literature.

Welcome From the Chief of Department

The latest appearance of Islam at the hands of the Great Prophet Muhammad (ص) super revolution in human history and various aspects of life . It has been estimated for the Arabs who chose God Ashraf them all creatures carry the message of Islam and the principles of the Commissioner to publish various nations.

Over time, the Islamic civilization began to light up the dark aspects of the life of nations and peoples reflected in the significant impact it has had on European thought and civilization that have a role in the European Renaissance later . Praised her where so many of the intellectuals and foreign researchers .

That heritage and civilization left by the Arabs and Muslims , both before the advent of Islam or beyond , especially in Iraq ( the center of the Islamic caliphate ) was an important reason for the establishment of a specialized section takes it upon himself to the advancement of studying the effects of the Arab and Islamic heritage and to prepare graduates to work Guy heritage and to be added in the field of academic studies as well as other duties. 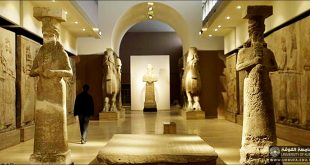 Vision: Work to achieve the vision of a constant in the work of the division …