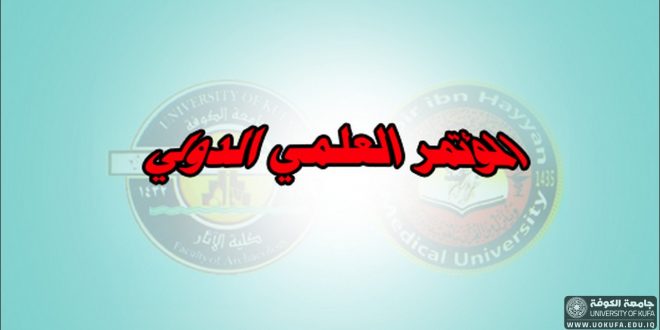 Under the patronage the Minister of Higher Education Dr. Qusay Al-Suhail and under the supervision of the President of Jaber bin Hayyan Medical University Dr. Mohammed Rashad Fakhruddin and in cooperation with the Deanship of the Faculty of Archeology Kufa. Jaber Bin Hayyan Medical University will be holding its first international conference under the slogan (medical profession between the authenticity of the past and the hopes of the future) and entitled:( the profession of medicine in the cuneiform and Islamic blogs and the stages of its development through the ages), on Monday, 2/12/2019 at nine o’clock in the morning in the halls of the scientific complex in the faculties of medicine and pharmacy. 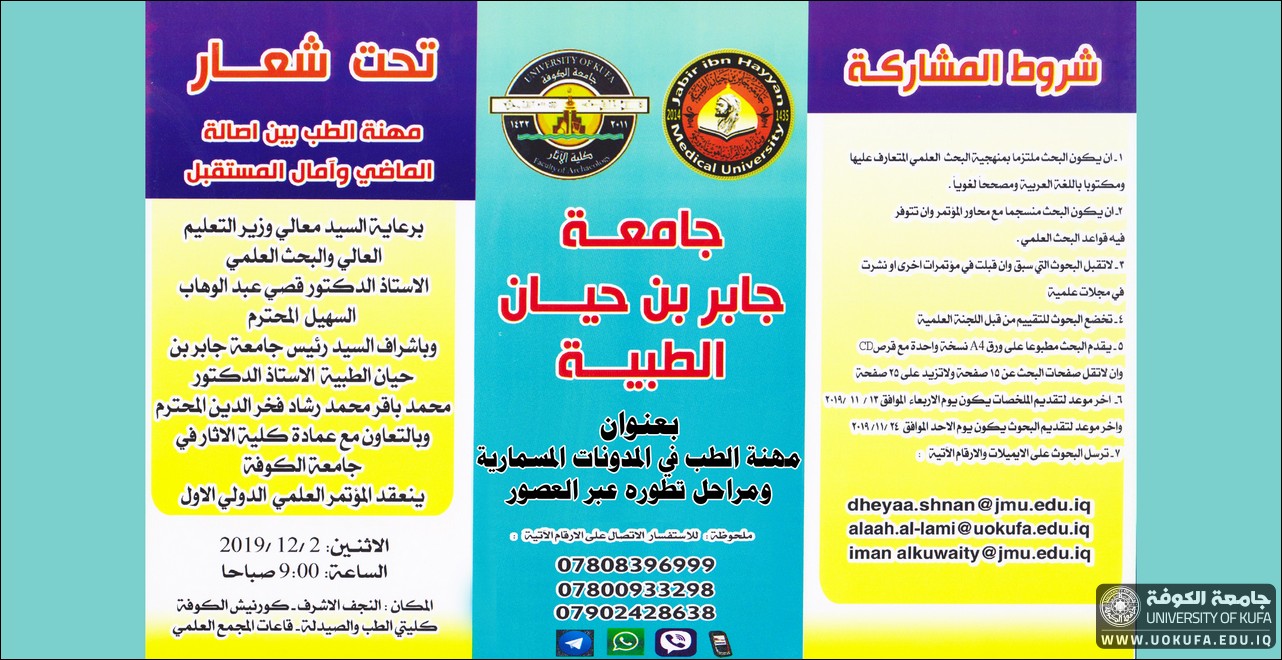 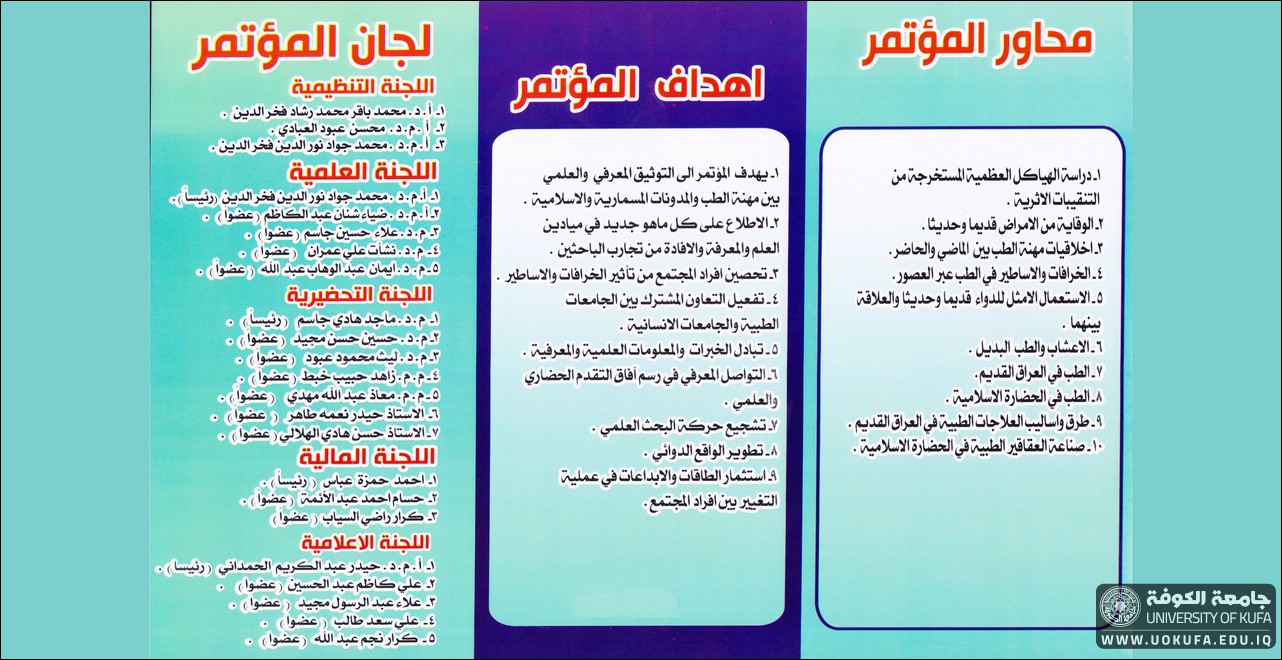 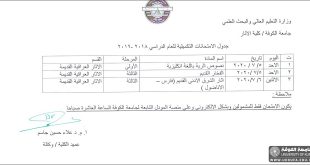 Schedule of supplementary exams for the academic year 2018-2019.

The schedule of the supplementary exams has been announced for the academic year 2018-2019, knowing …