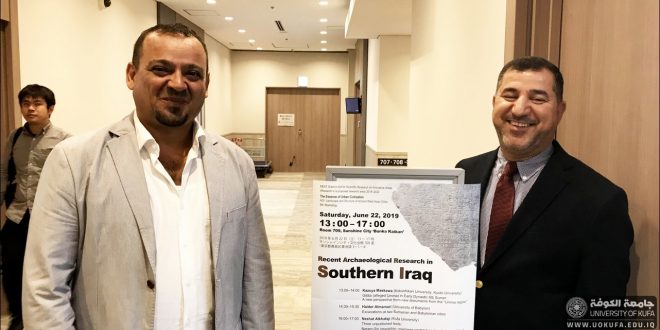 Dr. Nashat Ali Omran, Associate Dean for Administrative Affairs at the Faculty of Archaeology, University of Kufa, gave a lecture on some cuneiform texts at the University of Koko Shikan in the Japanese Empire. The lecture included rare topics, including a military campaign of the Akram king Neram-Sin. At the end of the lecture, he was visited  to the Museum of the effects of the East and view the new excavations in three-dimensional digital display of archaeological sites and the use of a plane to document the archaeological site for visitors to the museum. 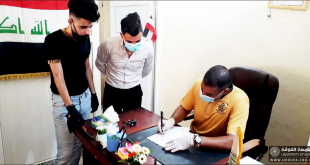 The Faculty of Archaeology at the University of Kufa begins granting students clearance forms.

In the current time, and under preventive health measures followed, students of the Faculty of …